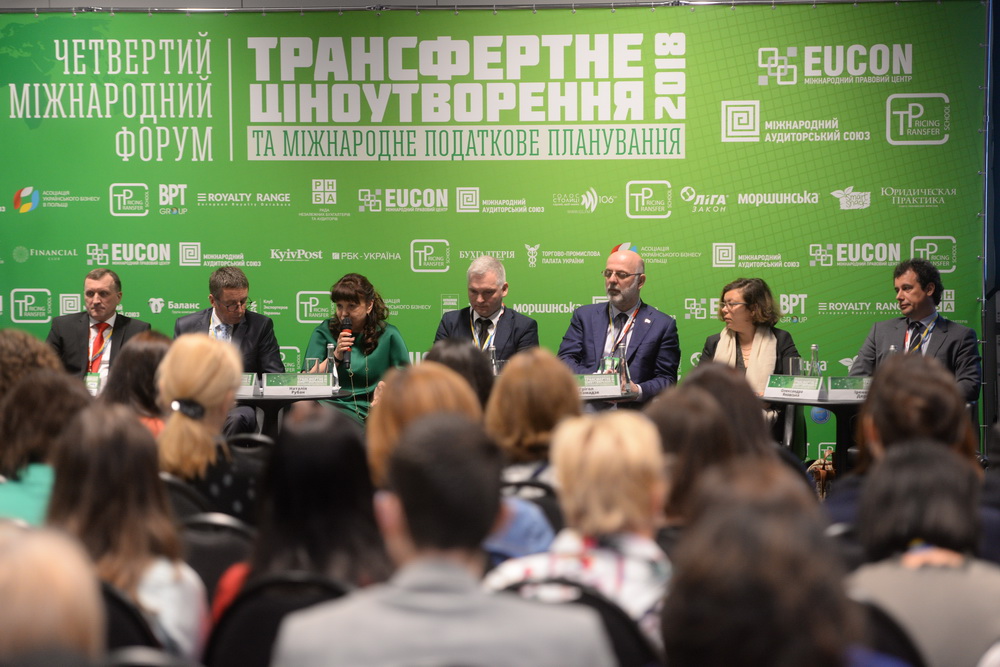 Within the framework of the Event, the participants not only discussed the latest legislation on transfer pricing, but also tried to answer the painful questions for taxpayers and reviewed the practical case studies on the preparation of TP reports.

The forum gathered about 150 participants, including owners and managers of companies, financial directors and chief accountants of companies in various fields of activity, as well as lawyers working in tax practice. 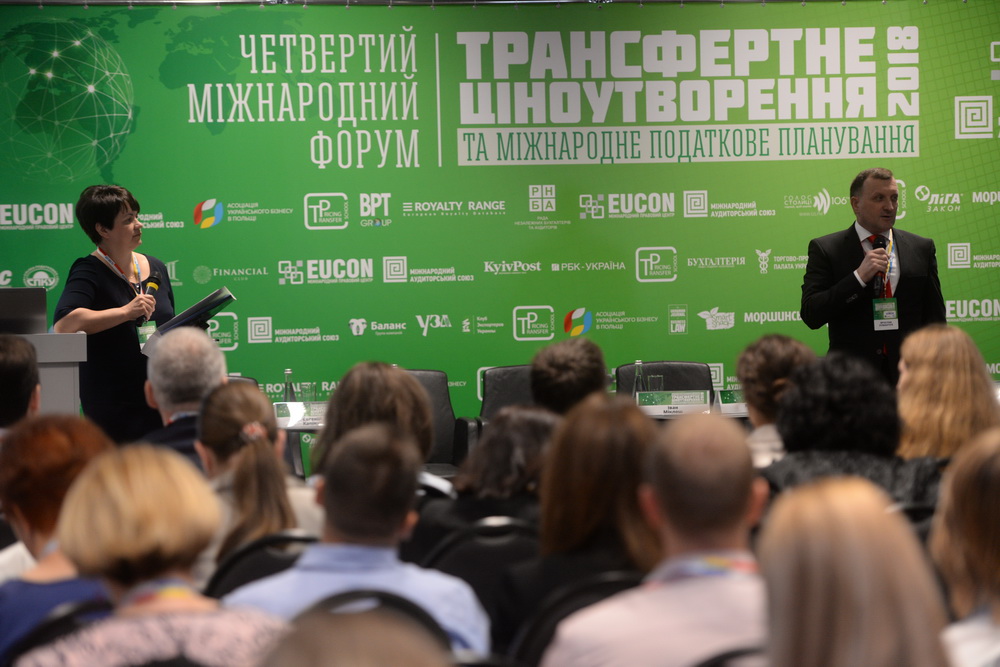 Larysa Vrublevska in her greetings wished the forum participants never have problems in the branch of transfer pricing. Yaroslav Romanchuk added that this year the forum was supplemented with a new topic of international tax planning.

The forum began with the first panel discussion devoted to international tax trends and their impact on the Ukrainian tax system and transfer pricing as well. Ivan Miklosh, the  Chairman of Strategic Group of Advisers to the Prime Minister of Ukraine, Nataliia Ruban, the Director of the Audit Department of the State Fiscal Service of Ukraine, Ruslan Lazarenko, the Public Finance Advisor of the German Society for International Cooperation, Grigol Katamadze, the President of the Association of Taxpayers of Ukraine, Oleksandra Yanovska, the First Secretary, Delegation of the European Union of Ukraine, Ireneush Derek, the Chairman of the Association of Ukrainian Business in Poland were among the speakers of the panel discussion. 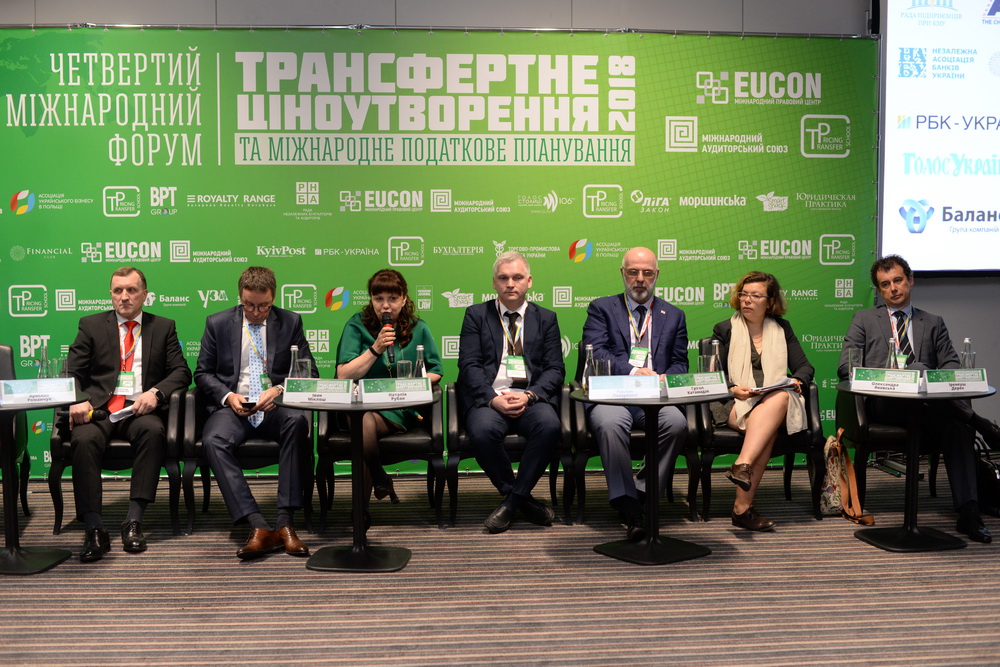 Opening the panel discussion Yaroslav Romanchuk highlighted that today it is impossible to talk about national legislation separate from world trends.

Ivan Miklosh, the  Chairman of Strategic Group of Advisers to the Prime Minister of Ukraine told about the process of reforming the tax system in Slovakia. He said that Ukraine has very good opportunities for rapid economic growth, but only investors will bring progress and economic growth. This requires a coordinated position of the parliament and government, which, unfortunately, does not exist in Ukraine. Moreover, the big problem in this direction is created by alternative bills submitted by people’s deputies, which in the future leads to the rejection of any bill submitted for consideration by the parliament. 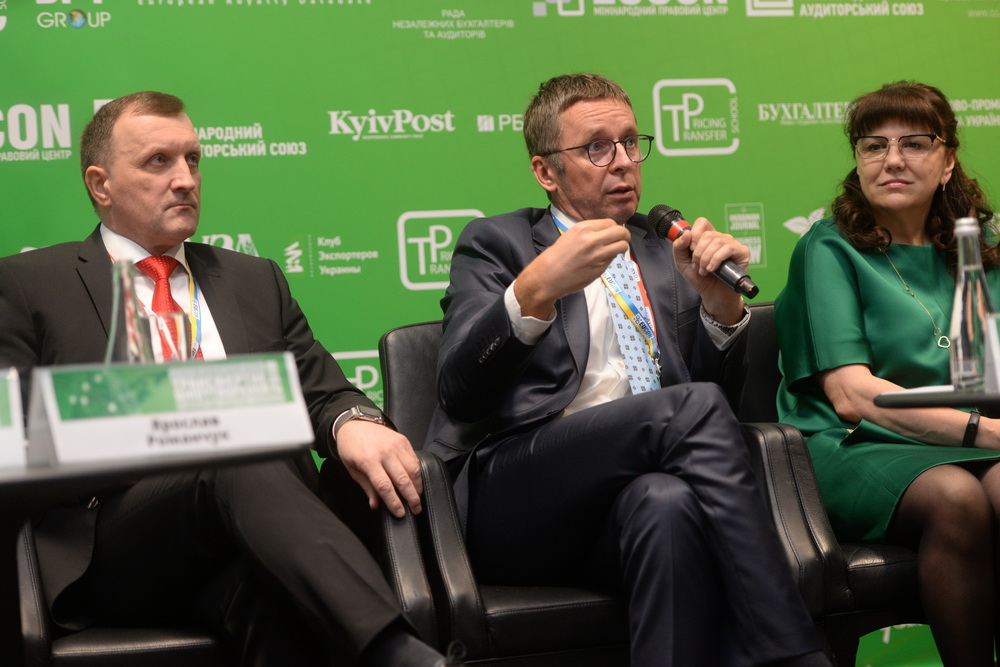 Nataliia Ruban, the Director of the Audit Department of the State Fiscal Service of Ukraine talked about the primary tasks of the SFS of Ukraine, particularly, on the agenda – automation of all processes that would eliminate the human factor and minimize contact.

Oleksandra Yanovska, the First Secretary, Delegation of the European Union of Ukraine, and Ruslan Lazarenko, the Public Finance Advisor of the German Society for International Cooperation, talked about the support of international institutions in reforming the tax system.

Grigol Katamadze, the President of the Association of Taxpayers of Ukraine, reported that only 34% of the bills drafted by the government were adopted by the parliament. „The reform needs to be carried out every day, as global trends have not remained static. Ukraine also do not remained static“, – he said. Particularly, despite the lack of a common position in the legislative sphere, Mr. Katamadze described the great openness of the SFS of Ukraine as a progress. 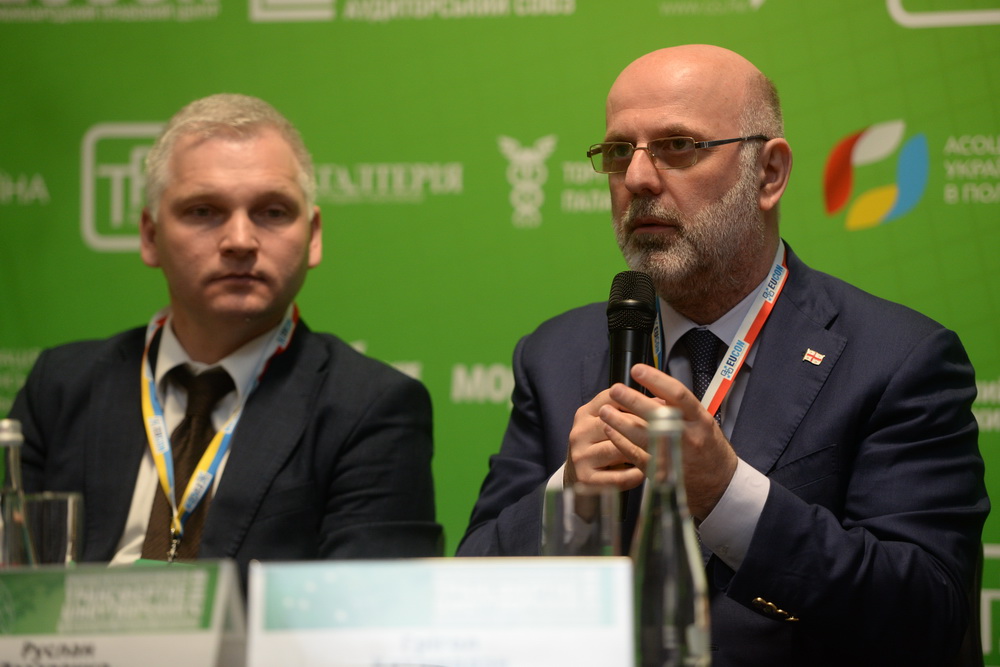 Ireneush Derek, the Chairman of the Association of Ukrainian Business in Poland, outlined the problems facing business in Ukraine. Unlike Georgia, where the whole document turnover takes place electronically, the contact with taxpayers is still significant in Ukraine, since there is no political wish to reform this direction and the tax system as a whole.

„What should Ukrainian business prepare for? “ – this was the issue of the second session of the forum, moderated by Yurii Tsyganok, the Chairman of the LIGA:ZAKON Accounting Area. 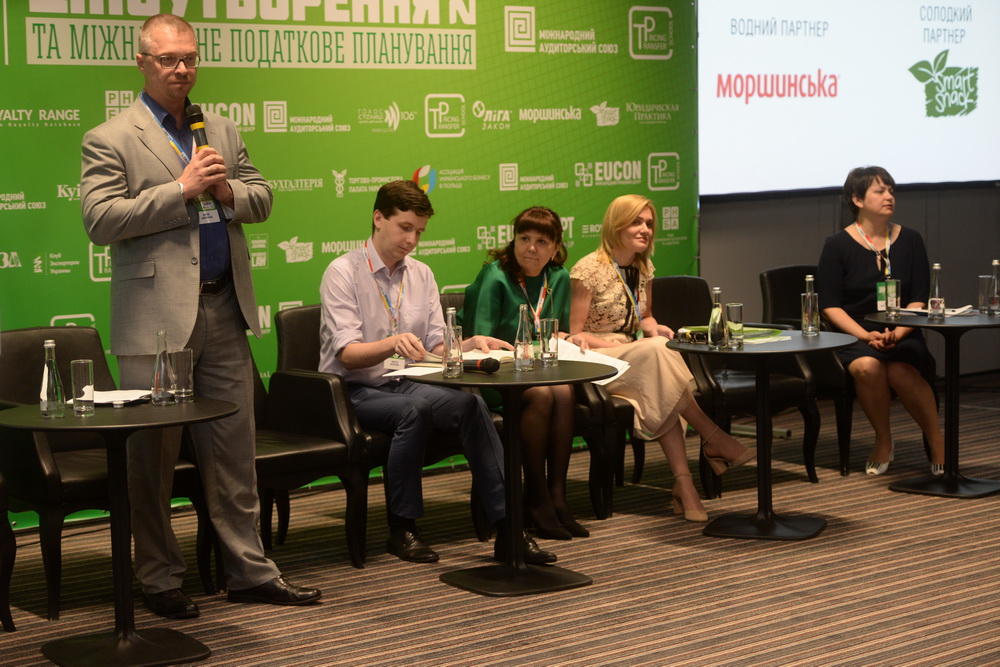 A review of the preliminary reporting campaign and inspections in 2017-2018 was presented by Nataliia Ruban, the Director of the Audit Department of the State  Fiscal Service of Ukraine. The speaker noted that this is already the fifth reporting campaign for which about 2.5 thousand companies filed for a total amount of UAH 2.2 trillion. According to the results of inspections, 664 violations have been identified in the reporting of controlled operations for a total amount of UAH 175 million of penalties. In the part of the TP documentation, 15 violations were detected with the amount of fines of UAH 4.6 million.

Ms. Ruban also noted that as of May 23, 2018, 64 inspections of controlled operations were started, and 34 inspections had already been completed, 400 million UAH was added to the corporate profit tax, a fine consists of 68 million UAH, losses were reduced by 3.8 billion UAH, VAT was added to UAH 5.8 million, VAT refund amount was reduced to UAH 4.1 million.

Tetiana Ostrikova,  People’s Deputy of Ukraine, talked about the latest legislative initiatives and the reasons that delay their adoption. She reminded that the bill on currency regulation was adopted in the first reading a week ago. However, the document contains one very significant warning that affects its entry into force. It means that the liberal provisions of currency regulation come into force simultaneously with the entry into force of the amendments to the Tax Code of Ukraine, that is, the implementation of the BEPS plan, as well as the introduction of more stringent measures for permanent representative offices of non-residents. The People’s Deputy also familiarized the participants with already drafted bills on controlled foreign companies and the tax on withdrawn capital. 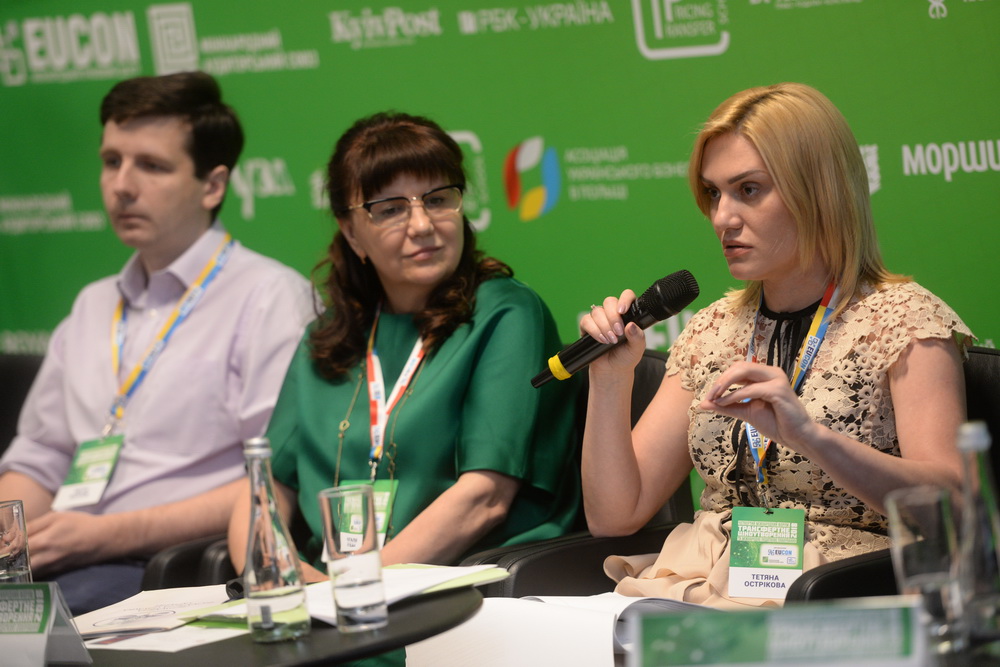 Yevgenii Kozlov, Advisor to the Minister of Finance of Ukraine, told about changes in transfer pricing adopted this year. The speaker noted that control over transactions between a non-resident and its permanent representative office was introduced, for the purposes of calculating the value criterion of UAH 10 million the volume of business transactions determined by the principle of „arm’s length” is taken into account. New criteria for related individuals were also identified. In addition, the speaker presented updated criteria for the list formation of low tax jurisdictions and announced the obligation to keep the documentation and information necessary to control the TP within 2555 days.

Larysa Vrublevska, Partner, Transfer pricing Manager, EUCON International Legal Center, stopped on the problems of practical application of legislation and controversial rules and talked about business transactions between a non-resident and his permanent representative office in Ukraine, when the financing of the activity of the representative office can be recognized as a controlled transaction, in connection with these permanent representative offices in Ukraine should be prepared to confirm such transactions as services provided to a non-resident.
The next part of the report of Mrs. Vrublevska was about various periods of adjusting the financial result before taxation for controlled and uncontrolled economic transactions.

Unfortunately, the SFS of Ukraine now holds a position under which a 30% adjustment should be made on a quarterly basis. However, this position is not favorable to taxpayers. „In this case, the conclusion will be the justification that such operations correspond to the principle of “arm’s length” in accordance with the procedure established by Article 39 of the TC of Ukraine“, – suggested the speaker. 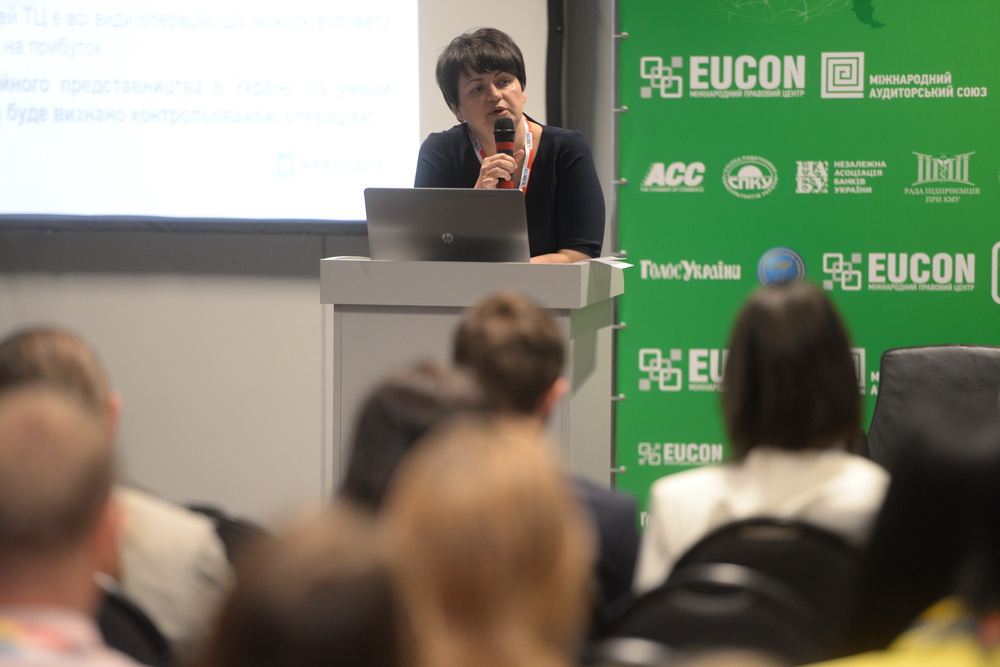 Topical issues of foreign economic activity in Ukraine were discussed at the third session of the forum. Ruslan Chornyi, Editorial director of information agency “Financial Club”, moderated the session.

Yevhen Stepaniuk, the Head of the Financial Sector Reform Office of the NBU Strategy and Reform Department, told about the roadmap of currency liberalization in Ukraine and its impact on foreign economic activity and investment processes. He noted that rapid liberalization could affect the currency market, including negative ones. In this regard, appropriate steps in this direction will be gradual and cautious. In addition, he said that the NBU is not limited in terms of lifting restrictions for the market. „The lion’s share of transactions with the attraction of investments and loans in Ukraine is carried out through foreign intermediary structures,“ he said. Also, the speaker has listed obligations as part of the minimum implementation standard for the BEPS plan. 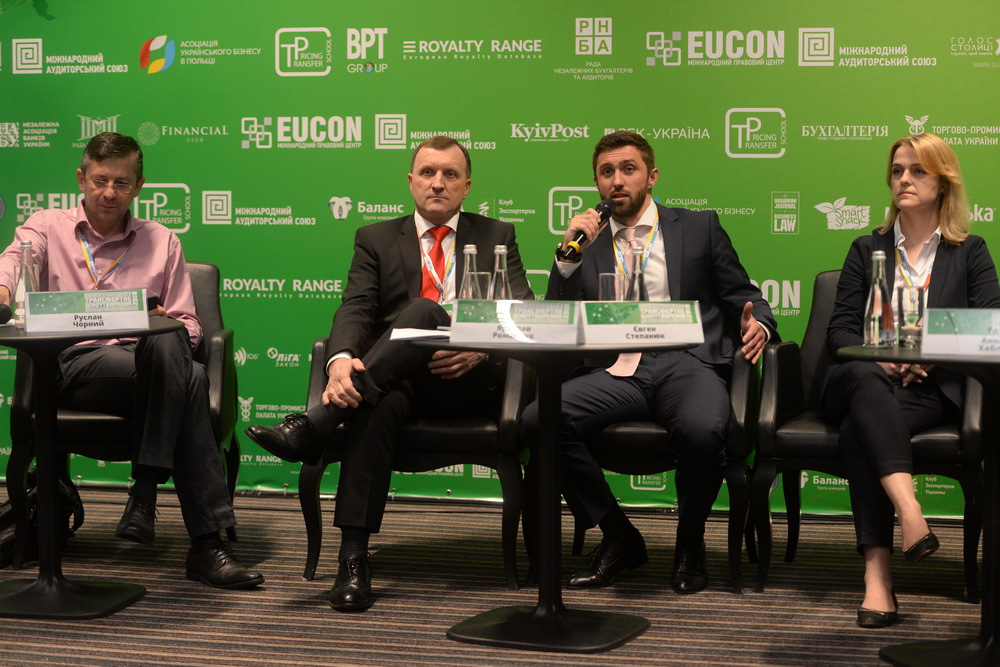 Anna Khablo, the Chief State Inspector of the Customs Valuation Department of the Department of Customs Administration of SFS of Ukraine, stopped on the question of TP and customs value, whether there is a relationship between them. According to the speaker, the fact of filing documentation regarding the TP itself can not serve as the basis for the declared customs value. Importers are obliged to use „reasonable caution“ when declaring the value of imported goods in accordance with the methods for determining the customs value, added Ms. Anna Khablo.

Yaroslav Romanchuk, a lawyer, managing partner at the EUCON International Legal Center, spoke about the BEPS plan in the context of introducing transparent tax planning. In more detail, the speaker talked about the steps of the plan, which Ukraine is obliged to implement, in his opinion one of the results of the plan is the disappearance of offshore jurisdictions. Yaroslav Romanchuk also mentioned the „end of the era of banking secrecy“ and the disclosure of information about the beneficiaries, noting that Ukraine is one of the first countries to disclose such information, but there are many questions about the reliability of the information. 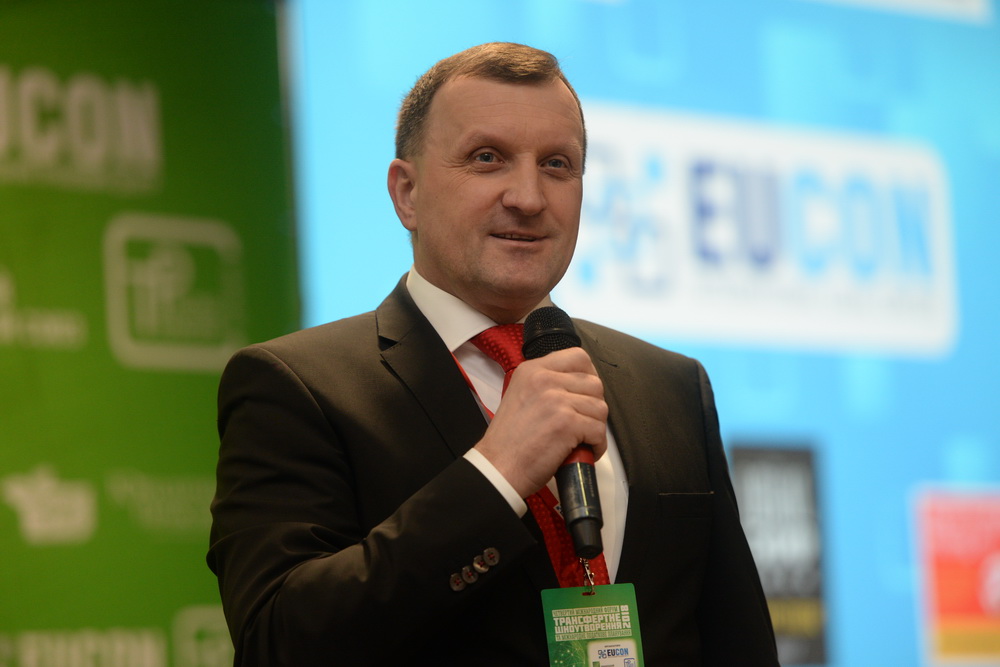 The issue of tax control in the branch of transfer pricing was discussed during the fourth session.

One of the speakers of the session was Mykola Mishin, the Head of the Transfer Pricing Audit Department of the Tax and Customs Audit Department of the SFS of Ukraine, who spoke about tax disputes arising from the results of inspections of controlled transactions. The speaker voiced the main categories of disputes that arose as a result of verifications of controlled transations, as well as provided information on disputes over taxpayer violations of priority requirements when choosing a method. “There were cases when the controlling authority used the method of comparative uncontrolled price or the method of „cost plus“, while payers used the method of net profit „, – said Mykola Mishin. 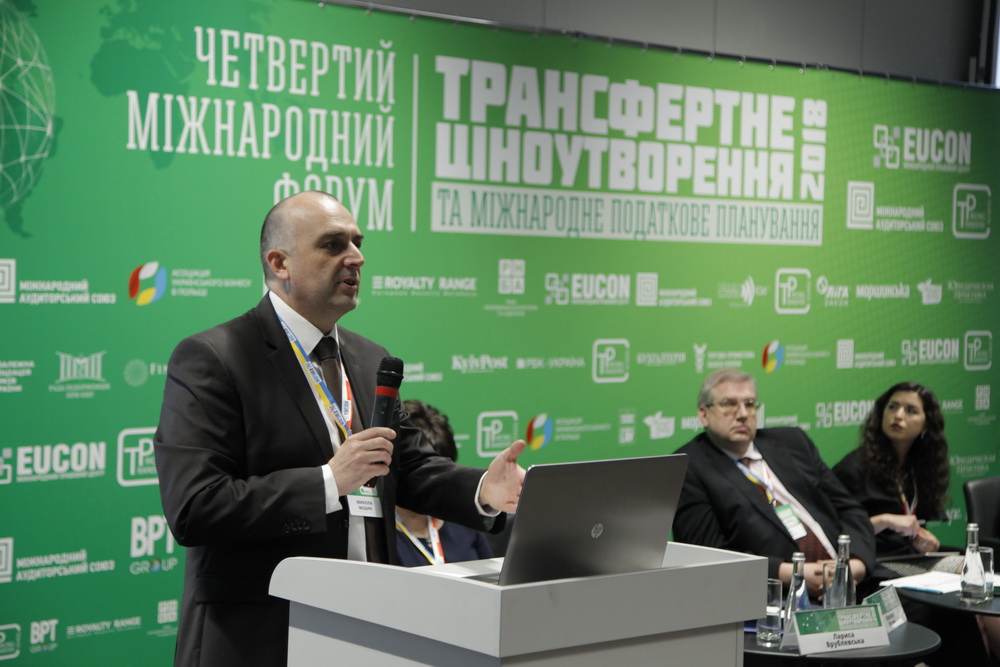 Yurii Gladun, Tax and Customs Advisor, German-Ukrainian Chamber of Commerce and Industry, familiarized the audience with the process of information exchange between the tax authorities of the countries in the context of transfer pricing.

What should a taxpayer know when inspections of controlled transactions and what risks can there be for transactions with formally unrelated companies? 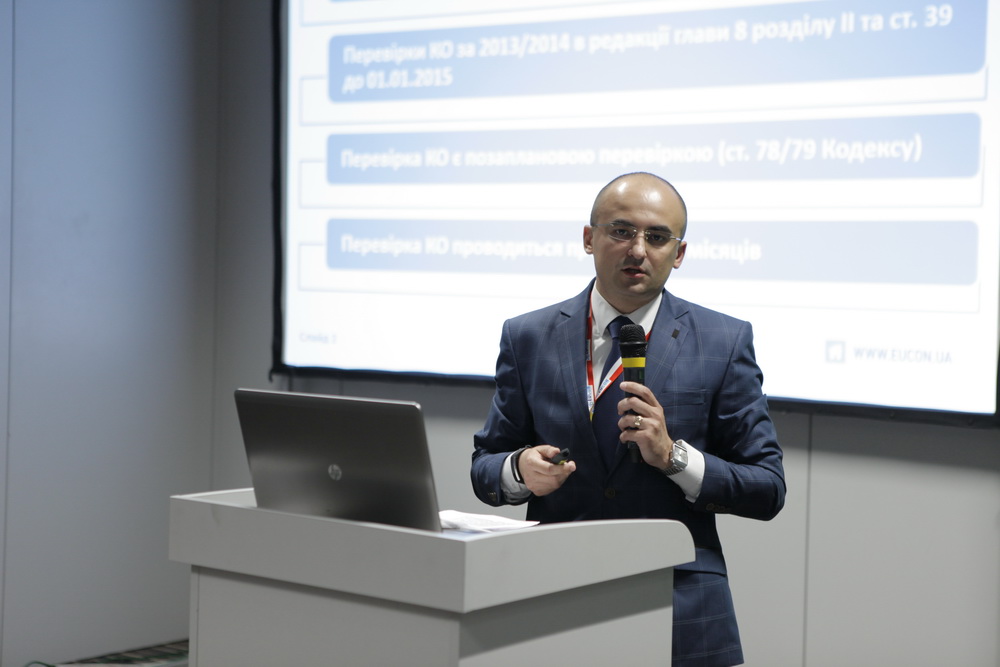 The last session of the event was devoted to practical cases presented by EUCON experts Larysa Vrublevska, Zhanna Biloblovska and Yurii Chebotar. Particularly, the participants received advice on conducting an economic analysis of transactions, submitting a clarifying report on controlled transactions and updating the documentation. 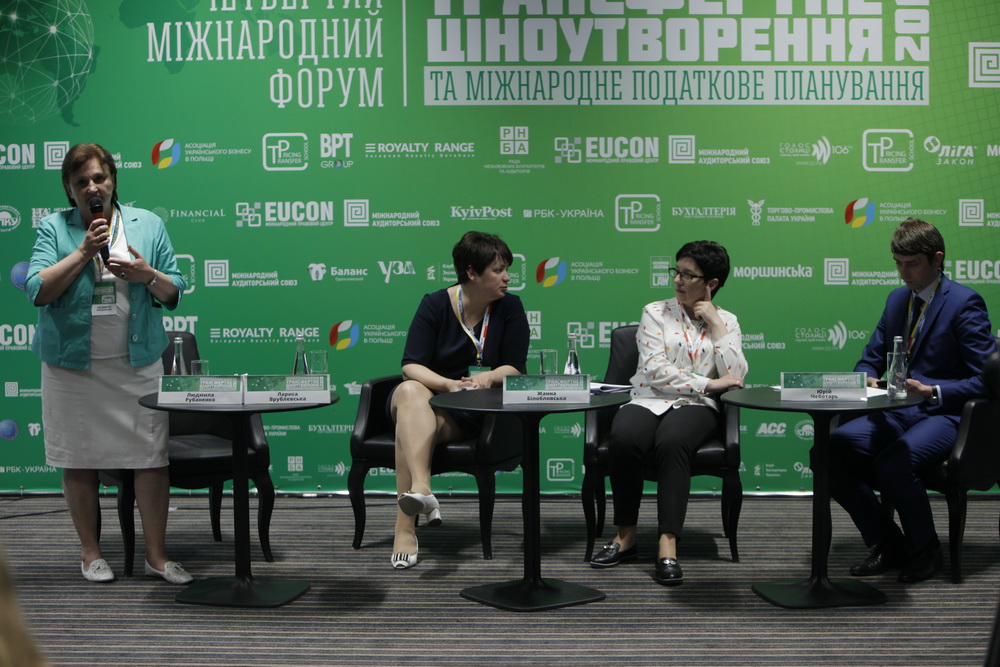