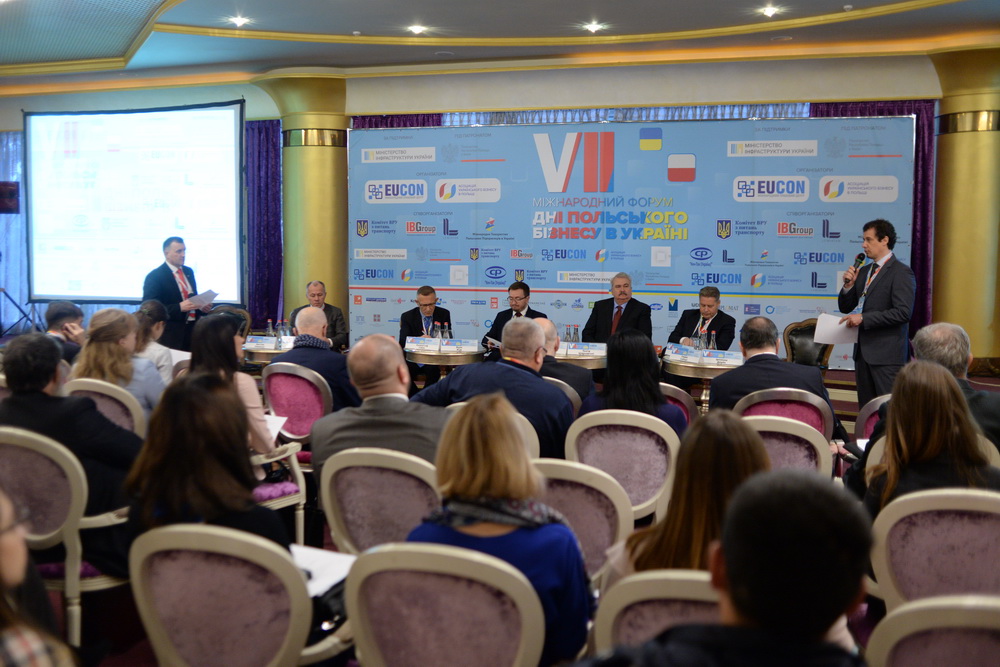 For the seventh time representatives of the government and business community of Ukraine and Poland united in the framework of the International Forum “Polish Business Days in Ukraine” and discussed the current problems and prospects for the development of Polish-Ukrainian economic relations. The forum was held on October 26, 2017 in Kyiv and gathered about 200 participants.

The forum was organized by EUCON International Legal Center and the Ukrainian Business Association in Poland.

Co-organizers – International Union of Polish Entrepreneurs in Ukraine, Confederation of Employers Leviatan, International Law Group “IBGROUP” and the Transport Committee of the Verkhovna Rada of Ukraine.

The first panel discussion of the event was devoted to the development of Polish-Ukrainian economic relations in the context of the Free Trade Agreement. Opening the panel discussion, Yaroslav Romanchuk, President of the Ukrainian Business Association in Poland, managing partner of EUCON International Legal Center, mentioned statistics according to which the export from our country to the EU has increased by 22%, while exports from the EU countries has been about 27% lately. “As for the investment climate, I would like to note that during the past three years, the number of Polish investments in our country has not decreased, but they did not increase as well”, – expressed his concern Yaroslav Romanchuk. 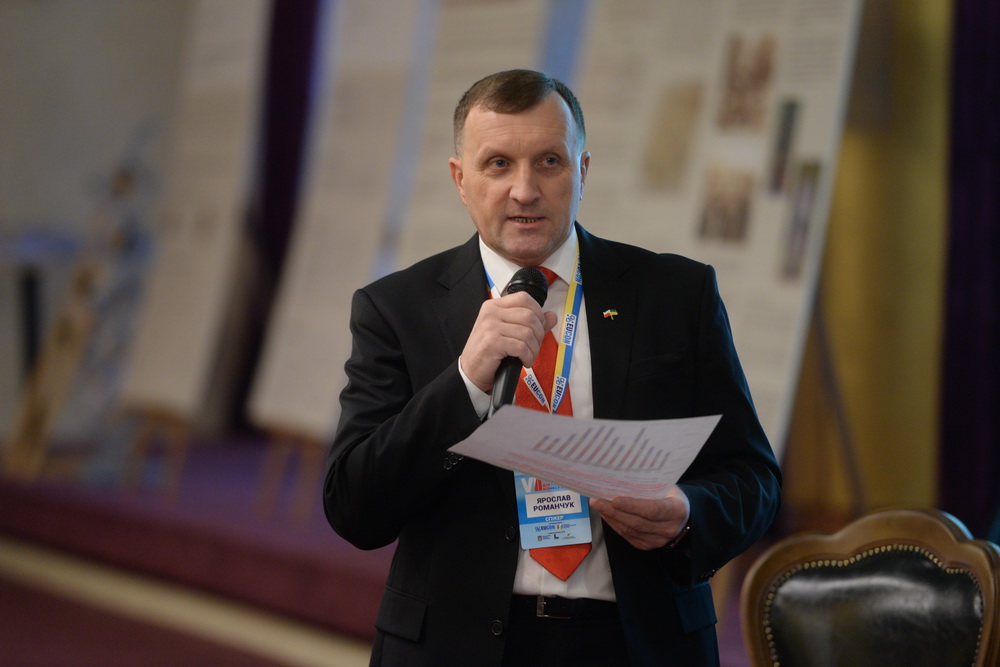 Ireneusz Derek, Chairman of the Board of the  Ukrainian Business Association in Poland, noted that a number of important issues remain open for business today, and the resolution of these issues in the future will contribute to the improvement of the Polish-Ukrainian economic relations. 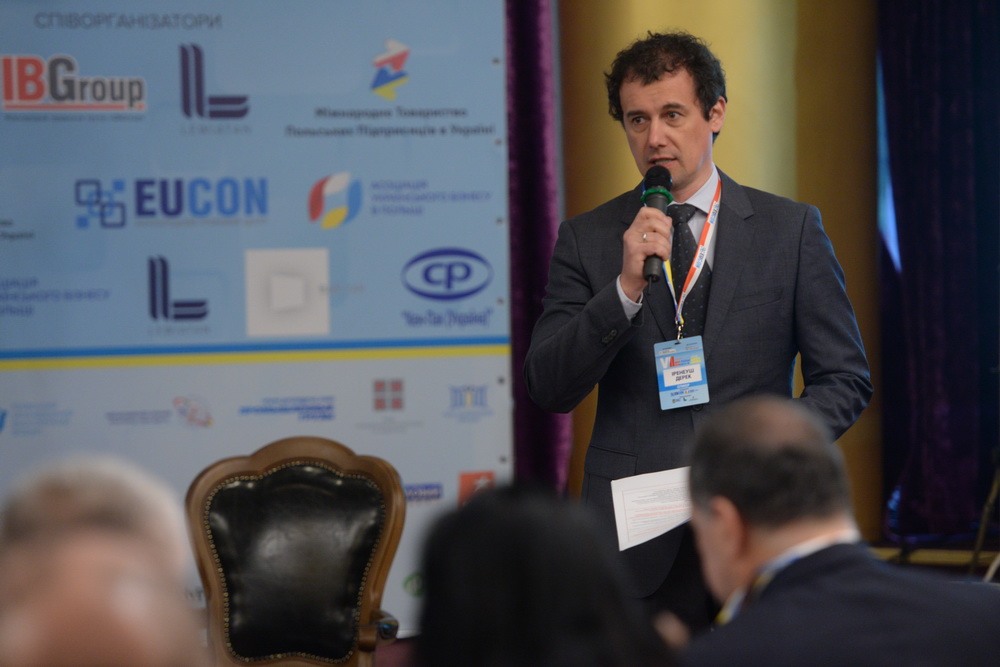 According to Andrii Demchuk, director of the investment attraction department of the Ministry of Economic Development and Trade of Ukraine, Poland has become the window to European business in Ukraine. “Previously, investments were directed to small and medium-sized businesses, and today big business projects are being invested, and the government is doing everything possible, including the legislative level, to attract investments,” said Andrii Demchuk.

Krzysztof Siwek, Advisor to the Minister of Development of the Republic of Poland, said that the main problem that hindered the more active cooperation in the field of investment was the lack of full-scale analysis and information gathering that would enable us to assess the situation in the country as a whole, since investors, before investing money in a particular business project tend to assess the risks. 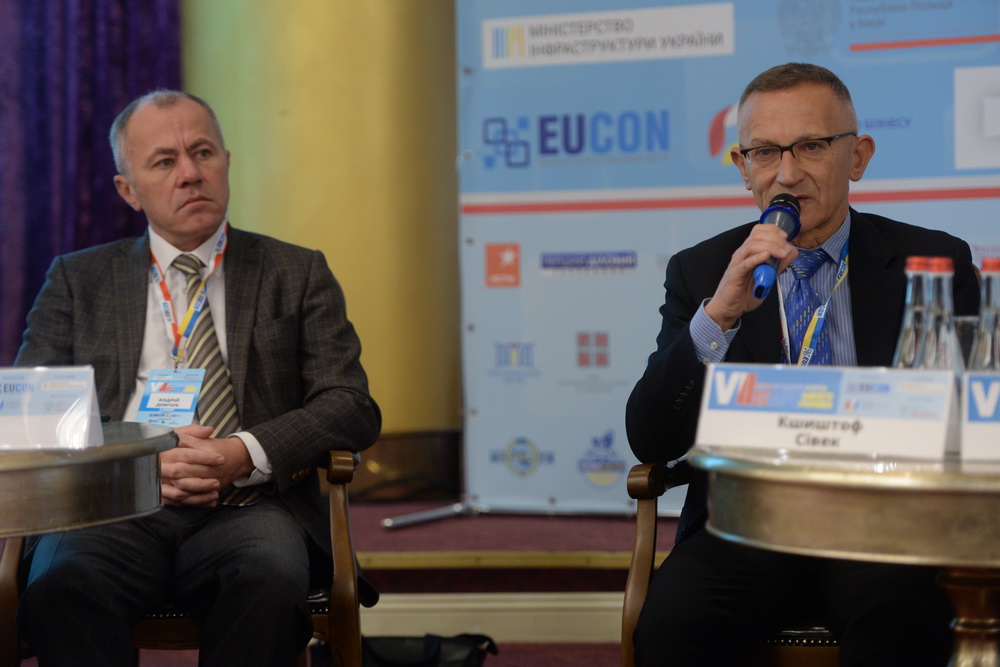 During his speech, Jacek Zur, deputy Ambassador Extraordinary and Plenipotentiary of the Republic of Poland to Ukraine, expressed hope that the reform process in Ukraine would be accelerated, as it would play a significant role in improving the investment climate. 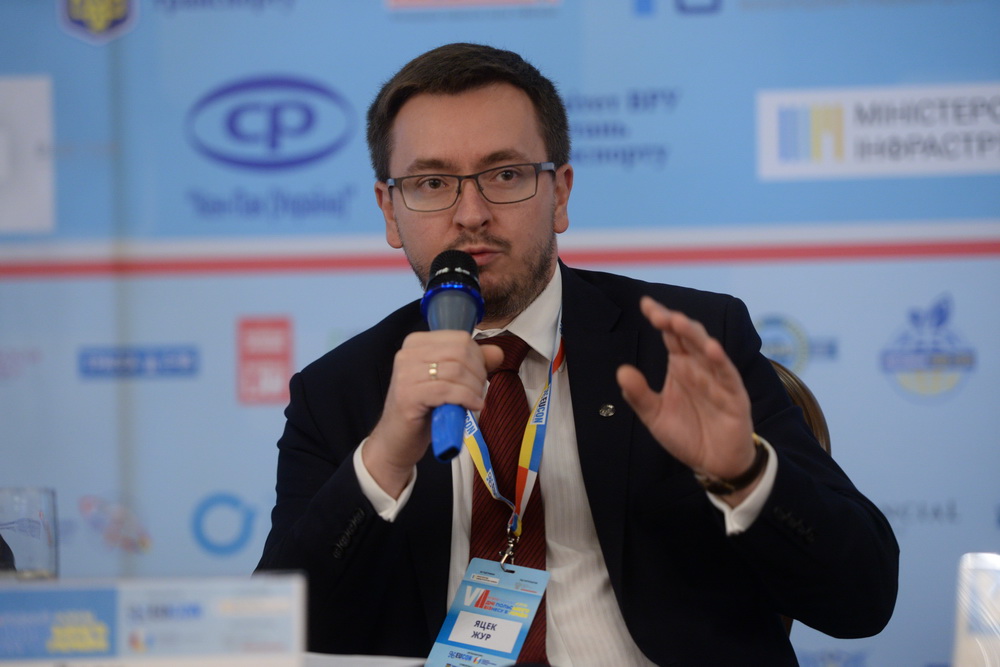 Many positive trends in cooperation between Ukraine and Poland were noted by Petro Matiaszek, Deputy Director of the Office on attraction and support of investments under the Cabinet of Ministers of Ukraine. Henrik Sobchuk, a professor at the Polish Academy of Sciences, emphasized that successful implementation of the innovative economy requires fruitful cooperation with scientific institutions.

Piotr Ciarkowski, chairman of the International Union of Polish Entrepreneurs in Ukraine, noted that judicial reform and state guarantees of protection for foreign investors would be the main reason for receiving investments from Poland and Europe into Ukraine. Among positive developments, Mr Ciarkowski named the implementation of ProZorro’s public e-procurement system. 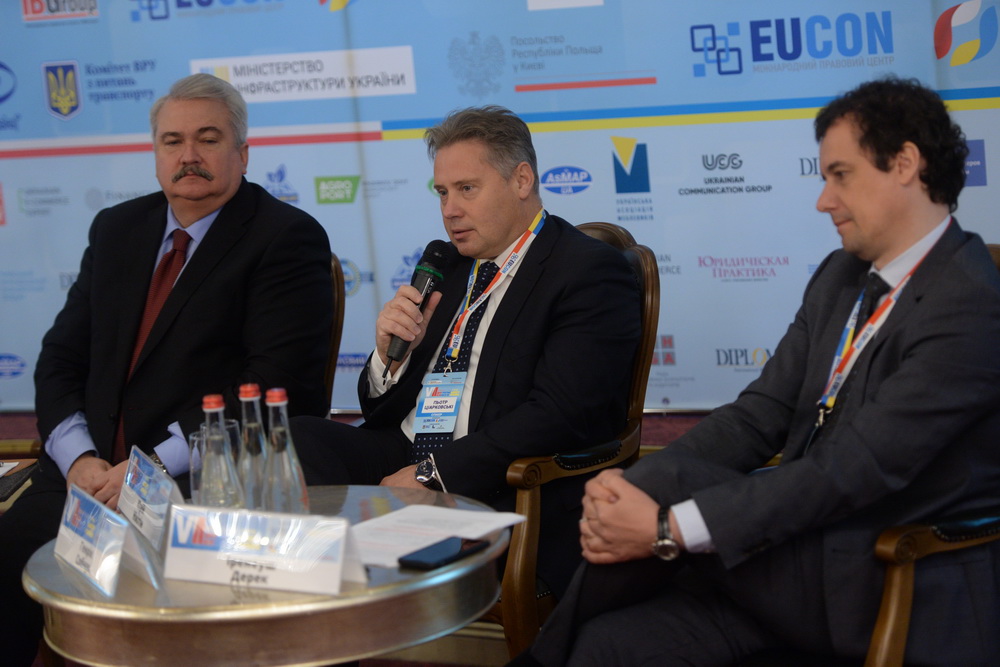 The second panel discussion was devoted to transport, infrastructure and logistics projects.

In particular, Victor Dovhan, Deputy Minister of Infrastructure of Ukraine, told about specific examples of joint projects aimed at development of infrastructure and transport interconnections.

Anna Yurchenko, Director of the International Department of the State Agency of Motor Roads of Ukraine, informed that five contracts had already been concluded with the Polish companies that won tenders for road construction. Also, the speaker added that today Ukravtodor, together with the Ministry of Infrastructure, is implementing an ambitious project on the construction of a highway that is designed to connect the ports of the Baltic Sea in the territory of Poland with the Black Sea ports in Ukraine, namely, the ports of the Odessa region. 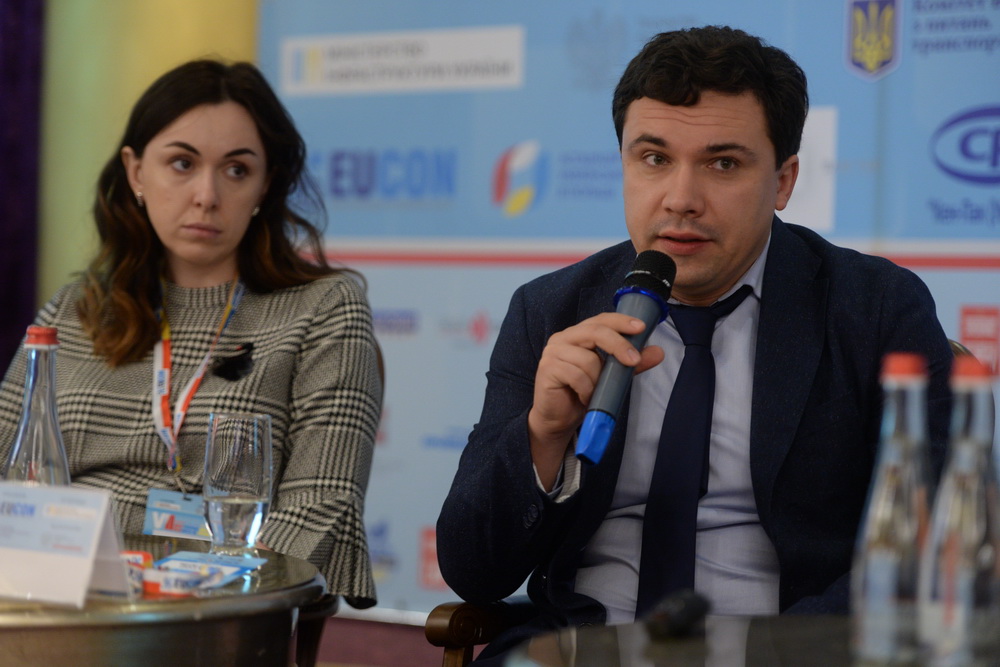 “Opening of new checkpoints at the border and construction of two new transport corridors is an important transport initiative, which can become a new reliable bridge between northern and southern Europe, as well as help to integrate transport systems of Ukraine and the EU,” said Przemysław Wrobel, advisor to the Director of the Center for the EU Transport Projects. 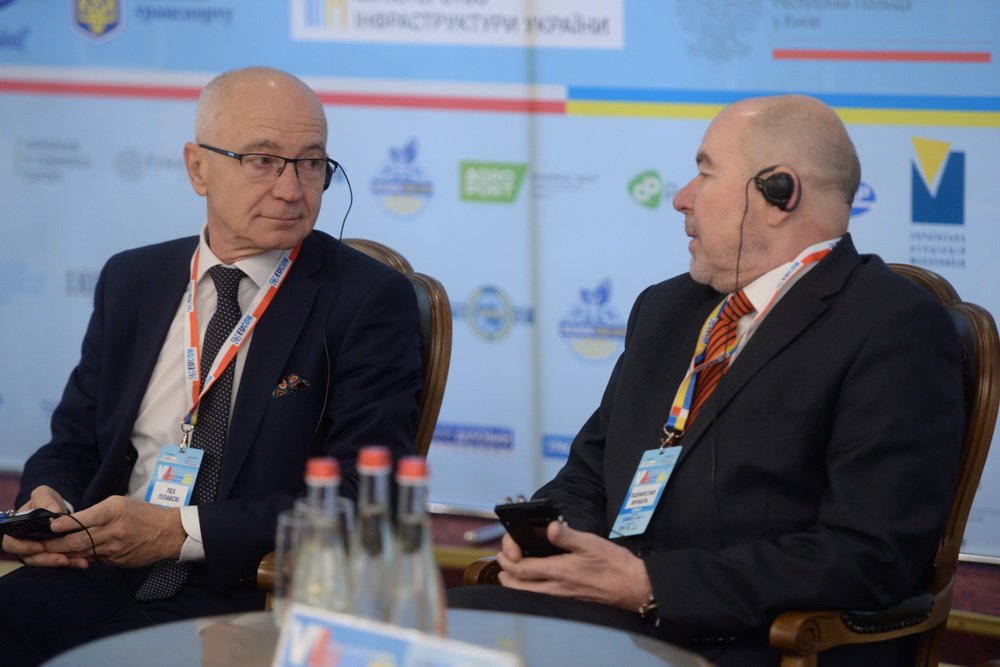 Lev Zaharchyshyn, the Consul General of Ukraine in Gdansk, recommended to step away from cooperation in terms “Ukraine as a resource of cheap labor” and switch to the format “How to lead a joint business in Ukraine”, otherwise the relations will not be mutually beneficial. 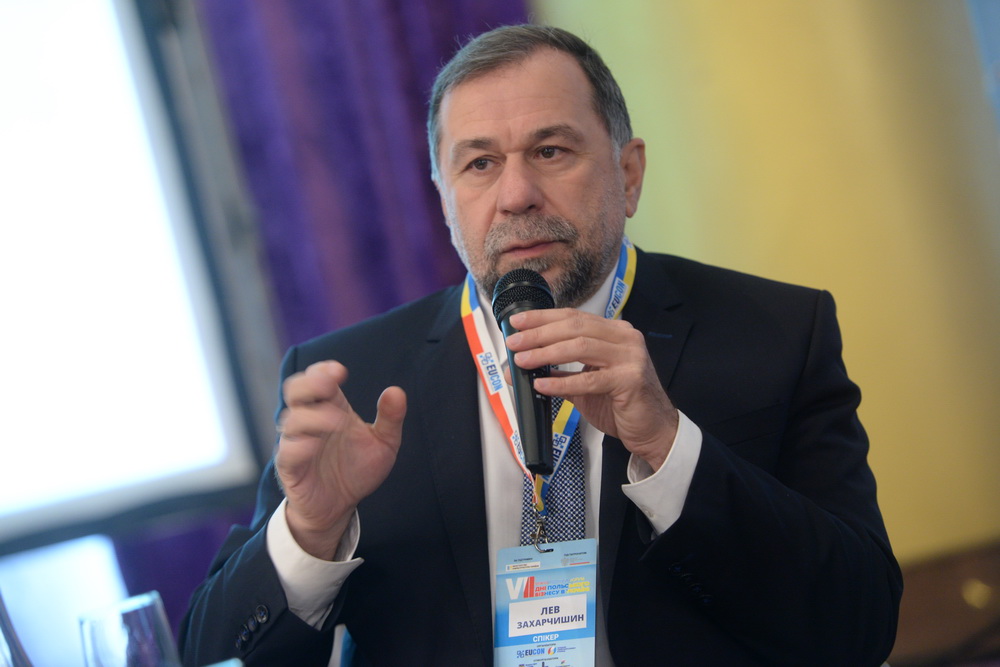 During the third session of the forum, the participants discussed Polish tools for doing business and provided practical advice to Ukrainian investors and exporters when entering the EU markets.

Krzysztof Siwek, manager fo the project, Advisor to the Minister of Development of the Republic of Poland,presented a Polish program to support increasing the investment attractiveness of Ukraine and the competitiveness of its regions.

Marcin Bulinski, authorized representative of the Board of Directors, Polish Investment and Trade Agency, spoke about Polish financial instruments and ways to support business projects. He noted that foreign companies registered in Poland corresponded to Polish companies and enjoyed all the relevant advantages at the national level. 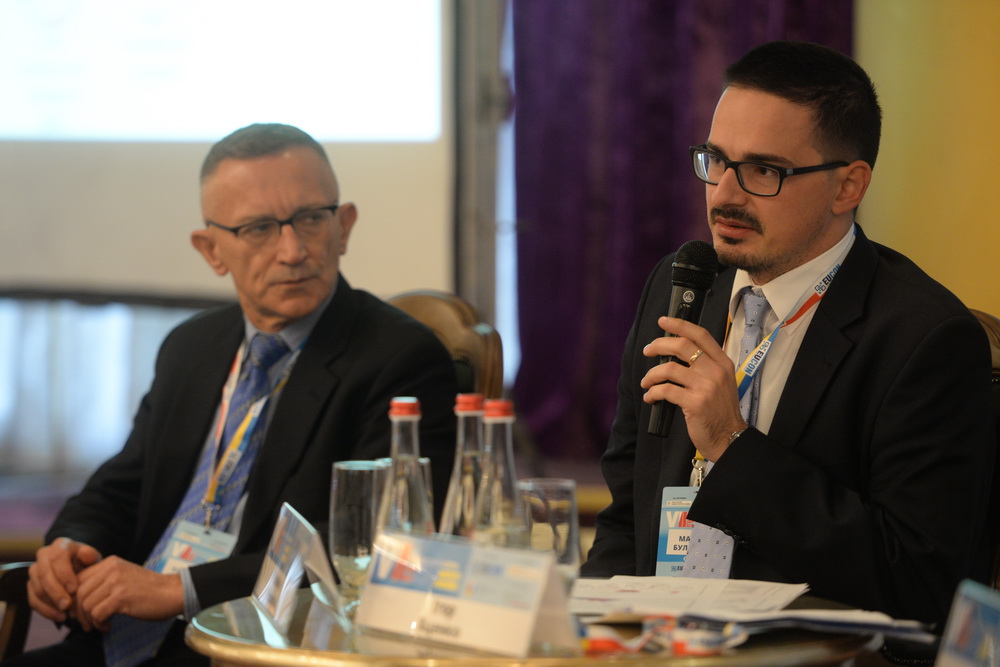 Ihor Yatsenko – Senior Partner, Head of the Warsaw Office of EUCON International Legal Center, introduced the participants to  nuances of certification and standardization of Ukrainian products. He noted that there are several certification systems, and the main one is the EU marking system. Certification may take place in a mandatory and voluntary manner. Mandatory certification is carried out with the involvement of a notified body. In addition, Ihor Yatsenko spoke about the stages of certification and provided a list of authorities that have the right to monitor compliance with the regulations governing the process of product introduction into the EU market.

Anetta Guzek-Roszyk, Managing Director, International Recruiting Group GlobalJobGate Warsaw, talked about the benefits of employment in Poland, emphasizing the importance of employment in accordance with law. She also mentioned a simplified way of employment for certain stated states including Ukraine. Ms. Guzek-Roszyk also added that the employer’s obligations regarding foreign workers and citizens of Poland are the same, so there is no need to worry about complications. 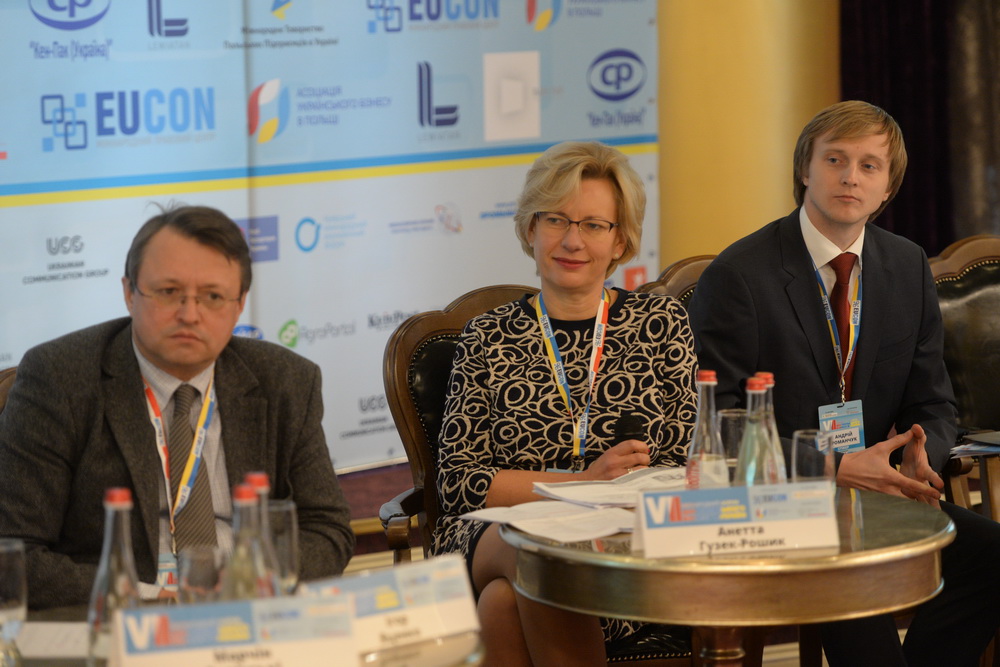 In particular, Anatolii Kobzarenko, founder of Kobzarenko Sp. z o.o. in Lodz, producer of agricultural machinery, explained the participants of the event, why he decided to build his plant in Poland and not in Ukraine. Among the advantages, Mr. Kobzarenko named a simplified procedure for obtaining a land plot. In addition, all communications (electricity, gas, drainage) had already been available for use, but one of the special conditions was receiving 50% compensation for the innovative project.

“When entering the Polish market it is necessary to keep in mind the specifics of the buyer. In Poland, the buyer is quite rational, unlike in Ukraine, where the buyer is more emotional, so when you enter the Polish market, you should start with a discount or special offer. Fortunately, today there are such tools as e-commerce, which make it possible to make your first steps to the foreign market on more favorable conditions”, – shared her experience Inna Yarova. 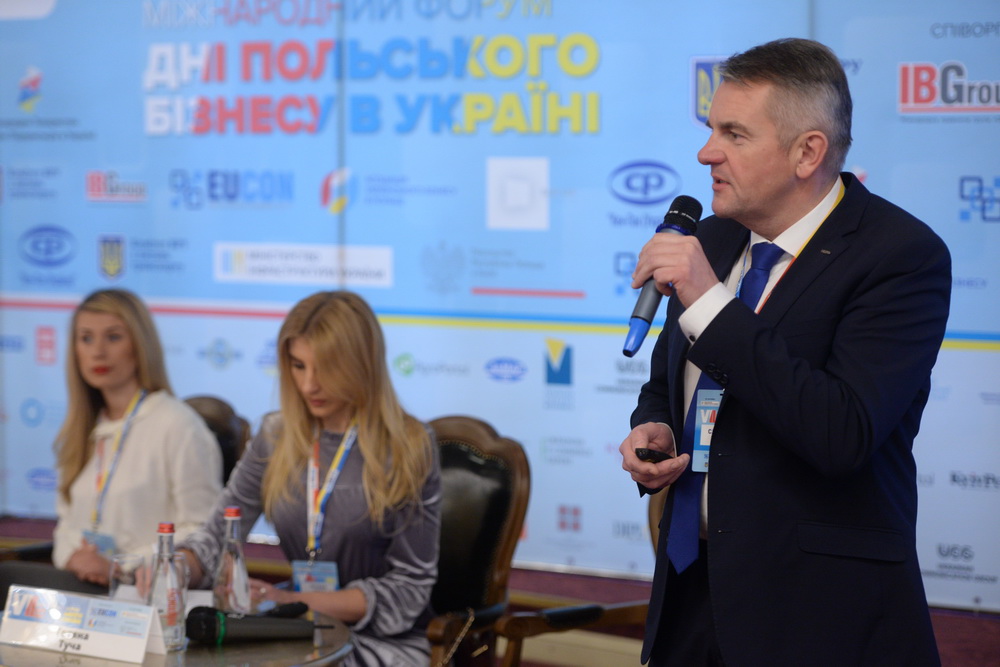 At the opening of the event, Marek Siwiec, Director General of the Holodomor Memorial Charitable Foundation “Babyn Yar” spoke with a welcome speech.

The organizers of the forum would like to express our sincere gratitude to the partners of the event the Babi Yar Holocaust Memorial Center and “KEN-PAK” Ukraine. 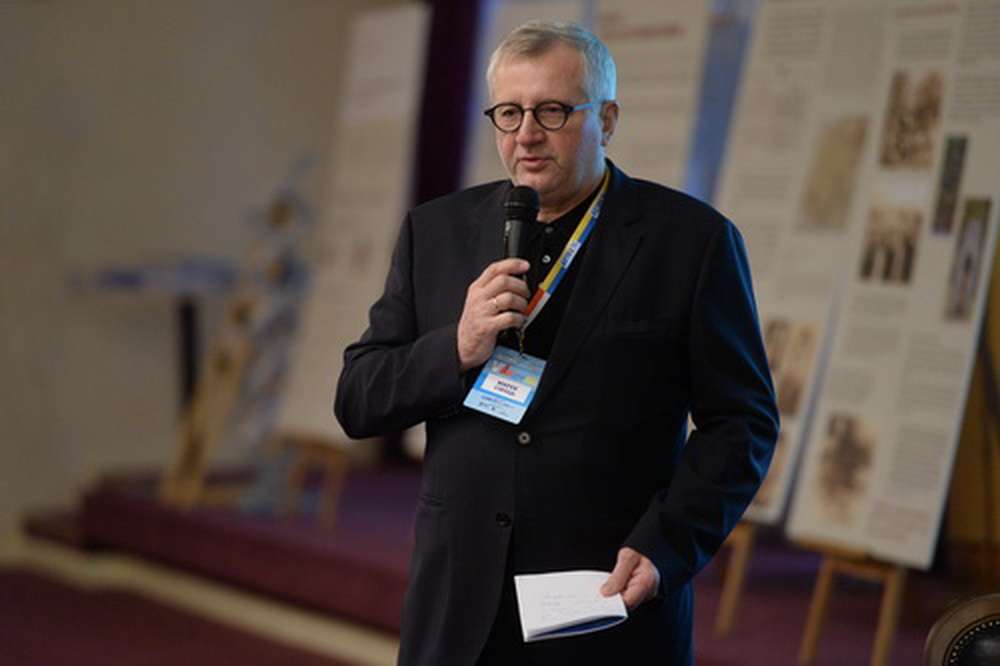 At the end of the event, Yaroslav Romanchuk expressed his gratitude to all the participants and informed that as part of the Polish Business Days in Ukraine, a round table will also be held in Odessa on October 27, 2017, where the Polish Program on Increasing the Investment Attractiveness of Ukraine and Competitiveness of its Regions will be presented.

Video report from the forum by ICTV channel


Video report from the forum by Channel 5