Investment in Poland – why is it still an attractive market in 2021? - Юридична група Eucon

Poland is a great destination for investment and business development, as confirmed by huge number of studies internal and external. The latest Global Best to Invest ranking (2019) indicates that Poland is in fifth place, after China, Germany, GB and India. The Financial Times report shows similar results, namely that Poland also ranks fifth in terms of the value of new investments.

94% of foreign investors would invest in Poland again

According to the 12th edition of the Investment climate survey carried out by Grant Thornton, the Polish Investment and Trade Agency and HSBC – the decision to invest again would be made by 94% of investors.

Poland is a great place for innovational entrepreneurs, taking into account the vast range of acceleration, scale-up programs for start-ups, grants and so on. Special attention is dedicated to start-ups located in the eastern part of the country, where programs are more beneficial as this part of country is less developed than western regions. Moreover, Poland is interested in internationalization of SMES, where micro-, small or medium-sized enterprises operating in eastern Poland may receive support for placing their products or services on new markets. The funding covers services to analyze a company’s export opportunities, select target markets and develop a business model of internationalization (market entry concept). Activities leading to the implementation of this model are also supported under this program.

Poland is one of the largest member states of the EU. It is also the 6th most populous country of the EU, and the largest market in the Central and Eastern Europe region. The Polish market is significantly more competitive than other regional markets. Here, in the very heart of Europe, entrepreneurs can set up business and not only sell goods in Poland but also obtain comprehensive export opportunities.

One of the key features of Poland’s labor market is its solid candidates’ role. This is partly attributed to the low unemployment rate, which was around for a while, and which at the end of September 2019 was 5.1%, as reported by the Polish National Office Statistics. The increase of the average gross over most of 2019 wages oscillated in the corporate sector.

As was highlighted by Ukrainian business community representatives, the Polish authorities work transparently and that is seen as a huge advantage in comparison to the situation present in most cases in Ukraine. The Office for Foreigners and Ukrainian-Polish Border remain continuously exceptionally bureaucratic.

Substantial support to entrepreneurs during COVID-19

In March 2020, the Polish government unveiled a stimulus package of PLN 212 billion (EUR 47 billion), equivalent to 9.2% of the country’s GDP, to support the impact of COVID-19. In May the labor department announced how much funds went to companies under the so-called anti-crisis shield. At that time, the total was PLN 9.76 billion.

As was mentioned by Vasyl Rakivnenko Co-Owner and CEO of SERVIRED Sp. z o.o. (Ukrainian-owned transportation company listed in Diamonds Forbes Poland): “I might add that the criteria were spelt out very transparently, decisions were issued within 2 days and 2 days later the funds were on the firm’s account. The filing procedure itself was online and through banks (submitted and received through banks). Moreover, companies with foreign owners and boards also received support under Polish anti-crisis shield under the same criteria as any other Polish company”.

Also, as was emphasized by Vasyl Rakivnenko, thanks to it is geographic position, for many entrepreneurs from CIS/ex-CIS countries have regarded Poland a “window to Europe”, and for European ones it is a window to Eastern Europe (CIS countries).

The Polish housing market remains stable, but the outlook is not that shiny. According to Fitch Ratings, the Polish economy will contract by 0.6% this year, a downward revision from that forecast of 1.8% growth, due to COVID. Standard Chartered Bank is a bit more pessimistic, forecasting a contraction of 1.7% this year.

Foreigners can freely buy residential apartments in Poland. Land for commercial purposes can be freely bought by citizens of the European Economic Area (EU + Iceland, Liechtenstein, and Norway).

According to Strefa Biznesu “In recent years, a trend that is clearly visible in the reports of the Ministry of Internal Affairs and Administration increase in investments by citizens and companies from Ukraine. In 2013, they bought flats with a total area of 18,500 square metres, similar to Britons, and the combined purchases of both nations were smaller than those of the Germans. In the following years, these proportions were turned upside down. In 2015 Ukrainians almost caught up with the Germans, and in 2017 they bought 24% more than the Germans and the British combined, while accounting for almost a quarter of all housing purchases made by foreigners”.

Another feature that helps substantially in the purchase of real estate is affordable loans for 30 years that gives opportunity to purchase apartments quite comfortably.

The value of investment transactions on the commercial real estate market in Poland was EUR 2.92 billion in the first half of 2020, nearly 5% more than in the corresponding period of 2019, the consulting company Savills has reported.

According to their forecasts, the impact of the pandemic will be visible in the second half of the year, but the full-year investment volume should not be lower than last year’s figures by more than 20%.

“In the first half of 2020, most investments were made in office real estate (EUR 1.33 billion, a fall of 20% year-on-year), followed by warehouse and industrial properties (EUR 1.15 billion, an increase of almost 155% year-on-year),” states the press release published by Savills.

Estonian CIT should come in force in 2021 into corporate income tax regulations, thereby making the tax system even more pro-investment. The new regulations will be of great benefit to companies, but they also have some restrictions. The draft came from the Ministry of Finance and they published the amendment to the Corporate Income Tax Act. The main aim is to stimulate companies to increase fixed assets, employment and to stimulate companies to make new investments.

According to the Ministry of Finance around 200,000 Polish companies will benefit from this solution, but there are conditions to be met in order to benefit from such a solution.

The Law and Justice Party (PiS) remains the most popular political party in Poland as their candidate Andrzej Duda won the presidential elections in May 2015, won them again in June 2020 and the PiS party won the majority of seats in November 2015 and retained its majority in the Sejm, but lost its majority in the Senate to the opposition. The next elections are expected in over 3 years time, which are expected to bring stability to the Polish political arena in the near future.

Support of Ukrainian entrepreneurs in Poland

Moreover, in order to assist with adaptation of Ukrainian entrepreneurs in Poland and getting support when entering the EU market, the Ukrainian Business Association in Poland was created here. It represents over 50 companies that operate in various sectors of the economy: IT, service industry, agriculture, transportation, goods manufacturing, metal processing, packaging, construction, retail, etc. The main goals of establishing the Association were:

Another interest of the Ukrainian Business Association in Poland is generating new entrepreneurial opportunities and building friendly ties between business representatives of the two neighboring states. An annual forum like Polish-Ukrainian Business Day, which is usually held in Warsaw or Kyiv, exist as a platform for developing such relations.

One more activity present in the Association are monthly networking events, where invited entrepreneurs and representatives of global corporations meet in order to exchange experience and good practices.

According to a McKinsey report, within the past decade 1.5 million Poles emigrated to other EU nations. One million more departed some time before Poland became a EU member state. In unison these two groups include up to 2.5 million Poles living overseas, most of whom work. Most of them currently live in the United Kingdom, Germany, and Ireland but retain solid links with Poland. The key reason they left Poland was for employment and higher pay. Their return is profoundly subordinated to the belief that their future will be secure in Poland, and interesting job opportunities already await them. The extra impulse for their return is in the form of a higher living standard than they could enjoy abroad. This implies way better formal childcare and healthcare frameworks and a common arrangement with social security systems in EU states. This means that Poland is already treated by Poles who emigrated as an interesting destination to come back with new experience, technologies, know-how and financial opportunities.

Andrii Romanchuk is a partner at EUCON Legal Group (Poland) 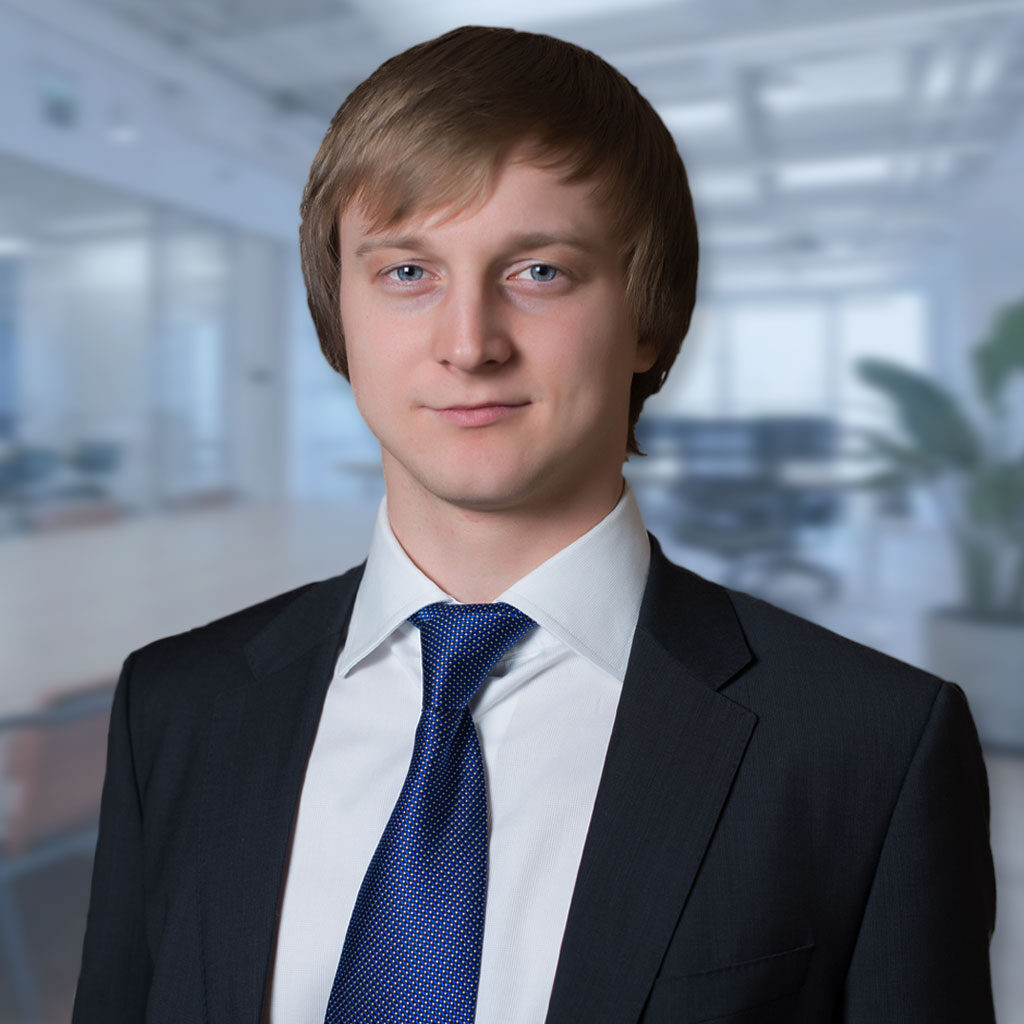